After two years, the editor is no better. Maybe it's worse. You basically can't get decent HTML out of it. OK, what you get is actually well-formed from an XML standpoint, but it's semantically bad.

Line endings generate <br/>. Double line endings produce double <br/>. To actually get real paragraphs, i.e. <p>, your only choice seems to be to edit the HTML directly. Why can't two hard returns generate a <p>? It seems like a no-brainer. And the "Convert line breaks" option seems to make no difference whether it's "Yes" or "No"; I have it set to "No" and I still get line breaks inserted (but this only seems to be in the preview).

Plus, I've found that in Firefox, the easyGestures extension interacts disastrously with it: If you pop up the pie menu in the compose area, about a hundred lines of invisible crap HTML gets inserted.

So I've had it. From now on, I am writing everything in restructured text, converting it to HTML, and pasting that into the HTML editor. It sucks much, much less. I get some extra <span> and classes, but they don't hurt anything.

In January 2005, I took some on-line IQ test from Tickle.com (not linking, no need to drive traffic there). Afterwards I got mailed a summary of the results:

Andy, you are a Word Warrior.

This means you have exceptional verbal skills. You can easily make sense of complex issues and take an unusually creative approach to solving problems. Your strengths also make you a visionary.

But to get the "detailed report", I had to sign up for some other crap and pay money -- something not revealed before taking the test -- so I never followed up on it.

One year later, Tickle wrote me that my "account will soon be deleted".

Because you haven't signed in or taken a test within the past year, your account has been marked as inactive. If it remains inactive for another 30 days, we'll need to delete it.

One month later, I got another message from Tickle:

You took Tickle's Classic IQ Test a year ago! We want to celebrate by offering you an in-depth analysis of your IQ -- for FREE!

Not exactly the account deletion I had expected. But again, I did nothing.

One month ago, I got yet another message from Tickle, advising me that my "account will soon be deleted".

Because you haven't signed in or taken a test within the past year, your account has been marked as inactive. If it remains inactive for another 30 days, we'll need to delete it.

Today, one month later, I have another message from Tickle. Has my account been deleted?

I am not excited.

Posted by Unknown at 9:31 PM No comments: 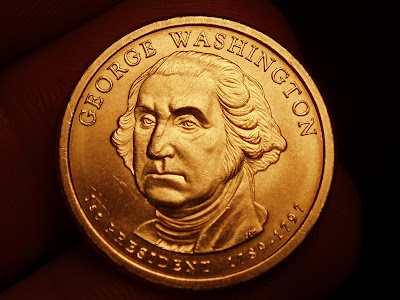 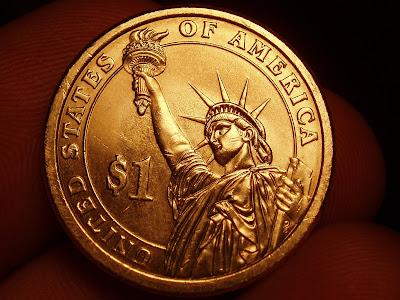 I stumbled across one of these new bronze dollar coins, and it turned out to be one of the godless ones. W00t! UPDATE: It turns out its stamped on the outer rim. D'oh! That's a pretty weird place to put it, but at least it's not on the face. The real ones missing the markings are going for $50 or more on eBay.
Posted by Unknown at 10:10 AM No comments: